Hot, electric, funky, semi acoustic swing! Although sinti guitarist Django Reinhardt is the main inspiration behind the Modern Manouche Project, Sicilian-born and Milan-based bandleader & guitarist Dario Napoli includes elements of more modern musical styles such as bebop, funk and modern jazz in his version of gypsy swing, which has been featured at some of the most prestigious jazz and gypsy jazz festivals and venues, Royal Liverpool Philarmonic, Duc des Lombards in Paris, Pizza Express Live in London, Django Amsterdam Festival (Bimhuis), Djangofollies Festival, Django in June, as well as Eddie Lang Jazzfest, Pisa Jazz, Valdarno Jazz, etc. The result is an unpredictable and exuberant sound, which steals from various musical eras leading you you through a rich and vibrant sonic experience, without ever totally abandoning the gypsy imprint of Django. 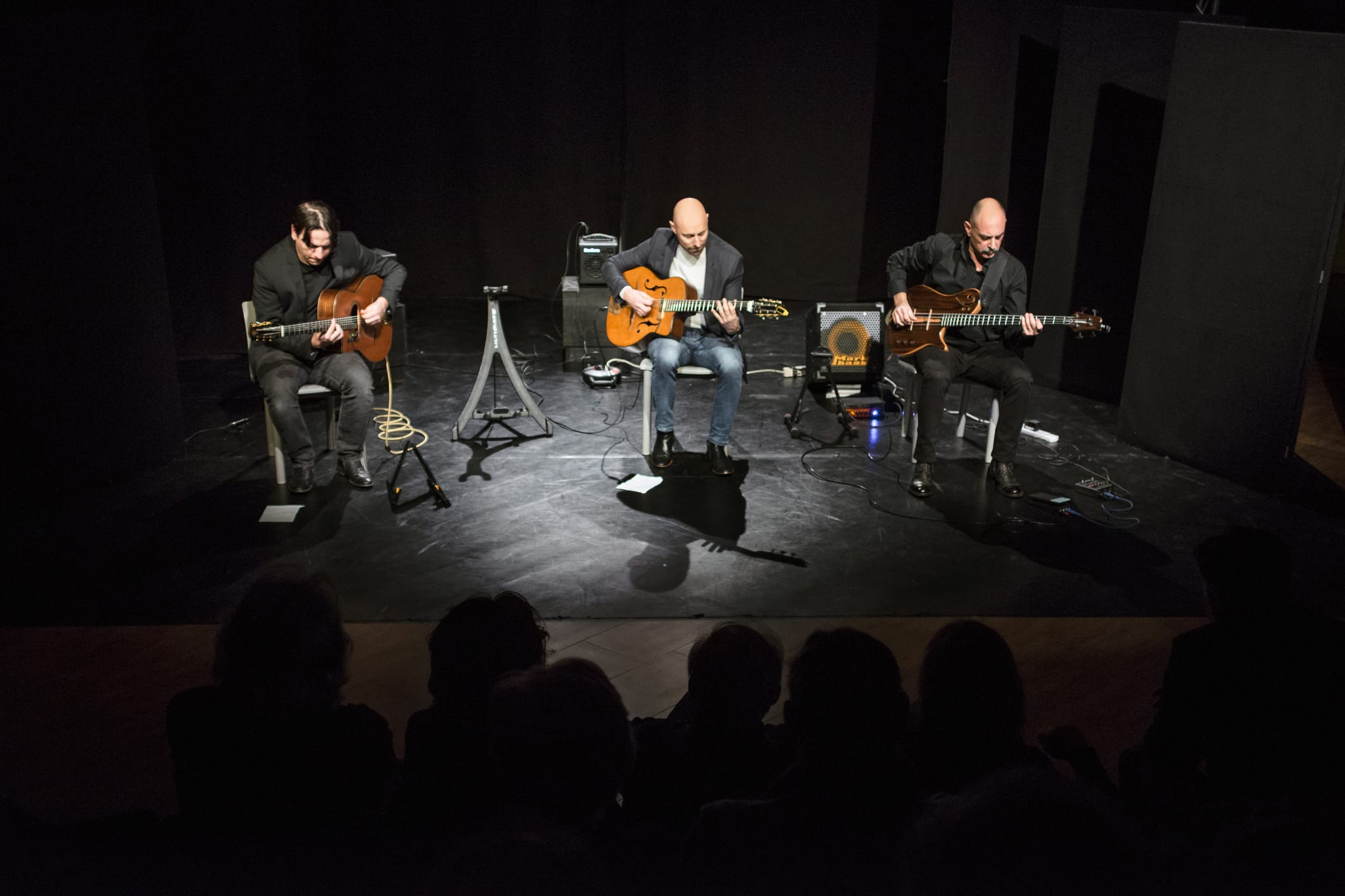 While his path in jazz began in New Orleans and his musical upbringing is rooted in blues, rock and modern jazz, over the last decade, Italian guitarist and composer Dario Napoli has built an international reputation in the world of gypsy jazz. He’s presented his Modern Manouche project at some of the world’s most renowned festivals, at both straight ‘jazz’ events as well as many of those built around the legacy of Django Reinhardt (Django Amsterdam, Django Legacy at Liverpool Philarmonic, Djangofolllies, Django in June, Djangofestivalen Oslo, Cully Jazz Fest, Pisa Jazz, Torino Jazz Fest, JazzMi, to name a handful).

Dario’s 5th album ‘Gypsy Nights’ (Blue Night Records) has been released in October of 2022, building on his style, which in the words Francis Couvreaux of Django Station, “Dario combines sound, elegance, virtuosity without excess along with the fun of playing”.

Although Dario has shared the stages with all the giants of the genre, from Stochelo Rosenberg to Robin Nolan, the greatest thrill comes from performing his own compositions in his Modern Manouche Project which features electric bassist Tonino De Sensi and Tommaso Papini on rhythm guitar. Infusing modern sounds and arrangements and seeking to balance virtuosic execution with melody and original composition is at the core of the project, just as was for Django Reinhardt in his era.

Besides performing, Dario has extensive experience teaching, both privately and in groups, and he hosts every year several camps, such as the ‘Under the Tuscan Sun’ gypsy jazz camp and the ‘Lausanne gypsy jazz camp’, multiple day workshops centered around both individual development as well as group play between with focus on guitar, violin and bass.