Baiju Bhatt picked up the violin at the age of six, and studied Western classical music at the Lausanne Conservatory (Switzerland) until his early twenties. He discovered jazz by playing piano as a kid, and soon started to play swing and other forms of jazz with his violin. He later studied with jazz violinist Pierre Blanchard, and he joined in 2009 the professional course of the Conservatory (HEMU) in Lausanne, thus becoming the first violinist to ever complete a Master’s degree in Switzerland. Always eager to discover new musical horizons, Baiju Bhatt has also studied with famous jazz violinists such as Didier Lockwood and Jean Luc Ponty, and with Indian, Celtic, Eastern European and Oriental musicians. In addition to his concerts with Gypsy swing bands in Switzerland and Paris (Gypsy Jazz Sessions in Cully Jazz Festival, Gypsy Galaxy, Dario Napoli Modern Manouche Project, Cat-a-Strophe, Tcha-Badjo, etc.), Baiju Bhatt tours the world since 2010 with the virtuoso Tunisian brothers Amine & Hamza – The Band Beyond Borders, as a featured artist, and with his most recent project, jazz-rock award-winning quintet Red Sun. He currently lives between Switzerland and Paris, and teaches at the Lausanne Conservatory as well as in the Compagnie Albertine (CH). Baiju, alongside jazz violin superstar Christian Howes, is the founder of the Creative Strings Workshop in Switzerland, and is a member of the Under The Tuscan Sun faculty. 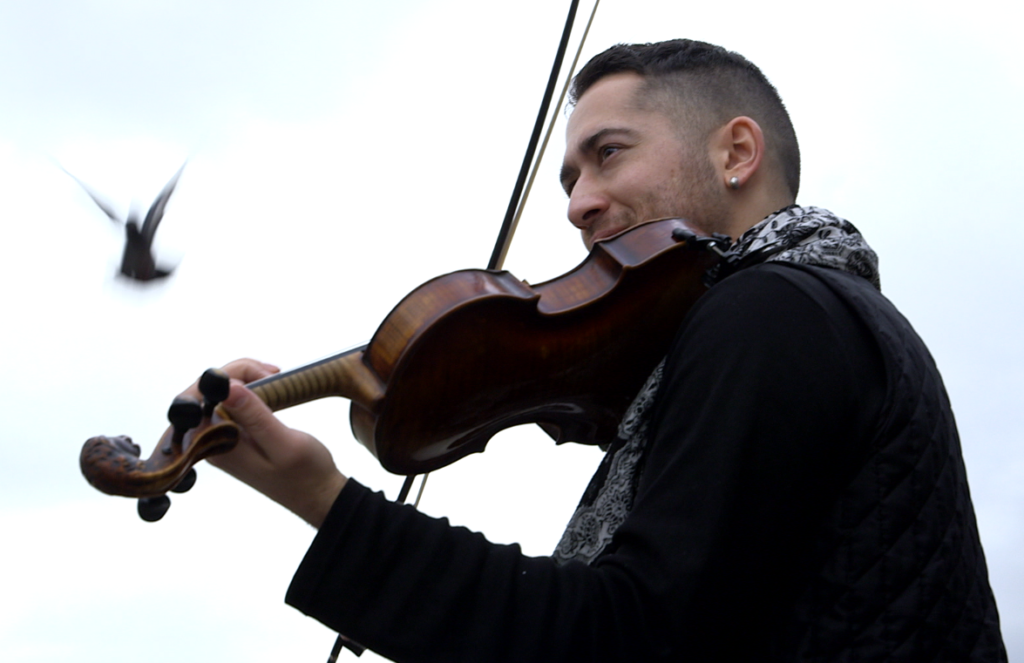